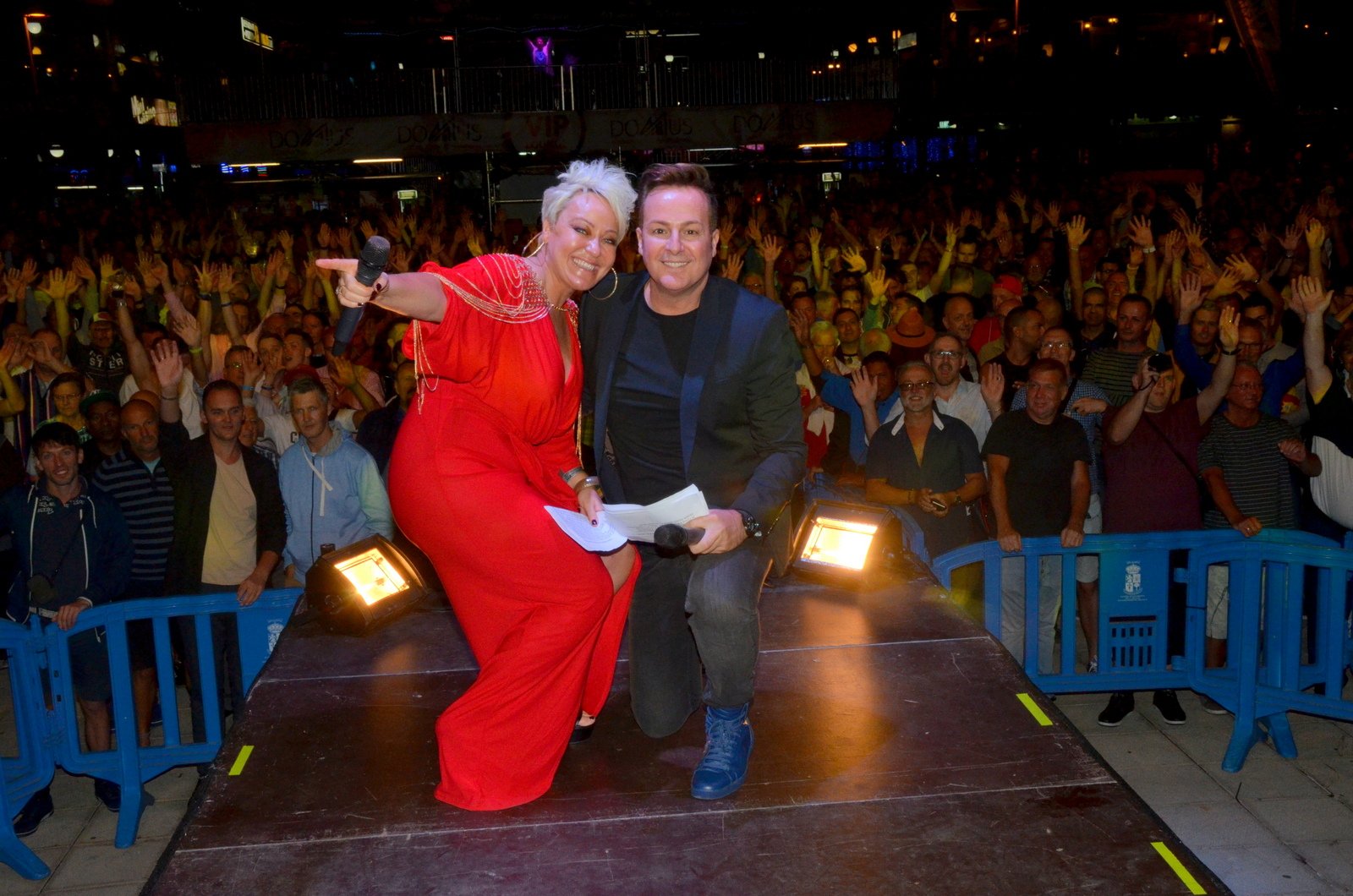 Born in Kingston-Upon-Hull, she was raised in Yorkshire from a family of theatrical performers and creatives which instilled her with a natural born confidence with which to compliment her voice. Her prodigious talent became obvious at the young age of 14 – which saw her perform several times a week on the national social scene, under parental supervision. The rest they say, is history.

Private schooling and early talent development saw Soraya Vivian achieve an almost immediate industrial acclaim, from which she went onto establish her name with the floor-burner ´It Must Have Been Love´; recorded with Friday Night Posse under the label management of All Around The World.

Following on from this success, her self-penned number one club hit ´When You’re Gone´ was released by AATW and recognised as a long running ´Champion Tune´ on Galaxy Radio, even to this day.

Vivian´s stellar clubland status allowed collaborations on a global scale with top industry talents such as Doorly, Fedde Le Grande, Erik Kupper, Chris Montana and Strictly Rhythm, to name a few. She is exclusively endorsed in Dubai and the Balearic Islands thanks to her recordings through famed Hedkandi creator DJ Mark Doyle. As a result of these successions, she became the muse of the luxurious label and the protagonist of its´s live PA division, Fierce Angel; a brand which is now controlled under the Ministry Of Sound Label.

She has also enjoyed notable digital-delights, Stateside, when her 2012 Mad Descent collaboration with DJ Doorly on ´Rush´ trended on Twitter as one of the biggest records at that time. Other noteworthy international acclaims saw her reach number one in Poland back in 2013, with the Wet Fingers track ´Love, Sex, Intelligence´ which went onto showcase her vocal range across a nostalgic old-school summer tune.

An acclaimed long-term member of the Fierce Angel family, Soraya Vivian is regularly spotted touring the globe with Mark Doyle and his Clubland Angels. During her residency, she has released numerous singles, including: ‘When I’m Dancing´, ´Where I Stood´, ´If You Could Read My Mind’, ‘In Between´, ´Heaven´& ´You Know How To Love Me.´

As a product of these hits, she quickly became recognised as a prolific club performer and started writing for other producers. To date, her collaborations have included productions with Barking Brothers, Riffs & Rays and Rhythm Masters. With her powerful voice, amazing live performances and dynamic personality, it’s no wonder that she continues to dominate dancefloors across every corner of the globe.

Vivian recently contributed to Fierce Angel´s ´Mirifico´ Project with ´Hold On To Our Love´ alongside Katherine Ellis, Sam Obernik & Bonnie Bailey which was released to international adulation back in the summer of 2017.

Her prestigious global track record has seen her perform alongside the likes of Sir Tom Jones, Sophie Ellis-Bextor, Estelle, Barbara Tucker, Mica Paris and Master At Work as well as supporting Urban Reggaeton’s, UB40. She has been both signed to and associated with the cream of international management from labels such as ToolRoom, AATW, Ministry Of Sound as well as Hedkandi and Fierce Angel. This has allowed her to perform at prestigious events within the Formula One Circuit, Singapore, Abu Dhabi as well as a host of international private client events.

Vivian, who equally enjoys international claim and admiration within the gay community, used her talent and network to affiliate with national charities such as World Aids Day and BioSURE – a home self-test kit for the detection of the HIV virus. In addition to this, she also enjoys regular appearances as both the presenter and ambassador of Gran Canarias’s renowned Maspalomas Winter Pride (under the Pride Stars brand) where she shares the stage with fellow vocalists such as Ultra Nate, Tara McDonald, 2 Unlimited, Cristina Ramos and La Voix. Back on home soil, 2019 saw Soraya Vivian become one of the guest presenters at Newcastle´s Pride World Radio (89.2FM); a British based station which broadcasts to over 330,000 listeners – both within the United Kingdom and United States.

In addition to being a recognised vocalist and writer, Vivian has also proven her talent within the field of live performances. Hosting landmark PA events such as Hedkandi´s ´Fierce Angel´ London and Dubai sessions, London capital´s coveted ´Mr Gay UK´, Sunderland´s exhuberant´Soap Box Races´ as well as serving as the international host and ambassador of the ´Pride Stars London, Antwerp and Maspalomas spectaculars. Vivian is a noted philanthropist and regularly undertakes promotional material to assist with the fundraising and awareness for kidney and breast cancer charities as well as being an active patron of Body Positive.

Out with from the realms of music and live performance, she has become an established feature on screen, thanks to her appearances on Channel 4´s ´Driven To Distraction´ with Made In Chelsea´s Louise Thompson. She was recently featured in a series of live broadcasts for ‘Maspalomas Winter Pride’s WebTV´ – where she interviewed feature acts such as Rosella, Nikki Belle, Samantha Fox and Elize.

Imagination Headquarters is delighted to represent Soraya Vivian for all her social media, content marketing, international celebrity public relations and reputation management activities. This is for all press relating to her television, radio and internet broadcasts, personal appearances and performances, ambassadorial roles and global business interests.